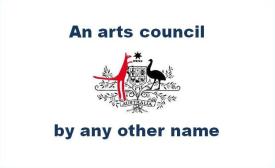 Recently I was asked by literary journal Overland to respond to an article by Ben Eltham, Culture is bigger than the arts. My response appears in An arts council by any other name.

Those who read the article may have got the impression that I was less than impressed with Ben’s article. But it’s a bit more complicated than that. I agree with Ben that Australian cultural policy needs to be progressive.  But, as a policy researcher and analyst, I found myself reacting not so much to what Ben was arguing, but to how he was arguing it. In my response I identify some methodological problems that I think weaken his case for policy reform.

The risk is that policymakers will disregard Ben’s case based simply on such questions of method. If his ultimate aim is to influence policy, he may be selling himself short.

Below I expand on six ways I think culture advocates can maximise their chances of success in arguing for cultural policy reform:

These points are in no particular order, and are on the rough draft side, a bit like bullet points, only not in bulleted form. They are  personal reflections on advocacy method prompted by reading Ben’s article. I offer them here at the risk of appearing to lecture on how to ‘suck eggs.’ Hopefully there are some ideas here that advocates in the sector might find useful.

1. Think strategically
Much of my research over the last decade or so has been on arts and culture advocacy – the arguments advocates use and how they use them. Early on in this research I was struck by how strategic advocacy and lobbying are. Much of my research involved exploring strategic analysis – even that of military and Cold War strategists – to understand and predict the outcomes of arguments and tactics adopted by arts advocates.

Above all else, advocating policy change is a strategic activity. And above all else, good strategic thinking requires an understanding of the other ‘players’ in the situation: what and how they think, what motivates them, and what they think about you.

Lobbying theory tells us that governments are both adversaries and collaborators. They maintain distance and scepticism as protectors of taxpayer funds and assessors of competing interests. But they also need advocates – they rely on advocates for knowledge about how to develop effective policy.

It is strategically smart to present information and arguments in a way that speaks to policymakers. This is not giving policymakers what they want to hear, but giving them what they can’t ignore and are more likely to act on. If policymakers are sceptics, advocates should think like sceptics. Dispassionate demonstrations of the need for policy intervention are more likely to be more persuasive than passionate pleas about the importance of culture.

Strategic thinking also means identifying and understanding competing and complementary advocacy agendas, anticipating the actions of competitors and forging collaborations with allies. In this, Ben adopts a risky strategy: he advocates for new media culture by arguing that other art forms receive too much of the funding pie. This is as much an argument for reducing support to other forms as an argument for increasing new media arts support. And it invites retaliation from other forms, which could be detrimental to gaining greater support for new media culture.

A more persuasive and strategic approach would be to differentiate the benefits of supporting new media culture and identify advantageous links with other art forms and organisations. This type of approach has the best chance to reduce the ‘backlash’ from those threatened by reform (eg the arts ‘elites’ averse to change) and to garner support from others in the cultural sector.

2 Absorb policy theory and principles
Thinking strategically tends to be pragmatic, which can result in lobbying to a politician’s practical short-term view of policy rather than the policy analyst’s long-term theoretical view. In advocacy, a balance clearly needs to be found, pragmatic or principled strategies chosen where best suited.

Cultural policy may be, as Matarasso and Landry have claimed, theoretically complex.¹ But no matter how difficult the subject area, culture advocates would do well to utilise policy theory and principles to ensure their recommended reforms are grounded, realistic and enduring. For example, a recent review by the International Federation of Arts Councils and Culture Agencies (IFACCA 2008) shows that an arm’s length agency cannot or should not undertake many of the activities some recent commentators propose (such as developing regulations, being the government’ main provider of cultural policy advice, and interdepartmental representation). Proposals for policy change that are inconsistent with findings such as this will be too easily ignored by policymakers. Proposed reforms that resonate with public policy theory and good practice are more likely to find an ear.

3. Use good evidence wisely
The cultural sector may dislike data and the ‘evidence base’ mantra of modern government, but weak evidence makes for a weak case for policy reform. Australian cultural policy seems to me to be in an unusual situation at the moment: there is an abundance of good data on Australian culture, but not a lot of data analysis and interpretation. We have a wealth of data but a ‘poverty of inquiry.’ Non-data forms of evidence also appear to be under-utilised. As a result, important trends in culture have been overlooked (see my Australia’s creative revolution) and policy debate tends to be opinionated and polemical rather than analytical. More analysis and interpretation of data and research findings are needed if Australian cultural policy is to progress, bearing in mind that evidence is not good in itself – it always needs to be consistent with what is being argued.

4. Use as much academic and research work as possible
In Australia, with cultural policy academics a rare breed, the cultural sector needs to engage more earnestly in policy debates than in many other policy areas. In this engagement, sector advocates would do well to use as much use of the academic and research as possible. Policymakers view academic work as objective and reliable, so advocacy that uses academic work will be more persuasive.

The references at the end of this article are a good introduction to recent academic and research literature. Time taken to absorb this literature should be seen as an investment, not as time out from more important daily business.

5. Bear in mind: arts policy does not exist to benefit the arts sector
Governments tend not to support the arts for the benefit of artists: They support them for the community, social or public benefits that support brings. From a sceptic’s or outsider’s point of view, arguments that only articulate benefits for the sector look suspiciously like a sector trying to pocket public funds – known in policy as ‘rent seeking.’ Governments are nervous about rent seekers, so culture advocates need to supply compelling justifications for cultural support based on benefits beyond the walls of the cultural sector. These will be infinitely more persuasive than arguments touting benefits for the cultural sector.

The notion of ‘public benefits’ is a way to develop powerful justification arguments. The public benefits of an activity are the benefits that accrue to those not engaged in the activity (such as benefits to the wider community or society). O’Hagan (1998), who calls these ‘non-private’ benefits, presents a good description and explanation for how these benefits justify government action. In short: Individuals can be expected to capture private benefits, but not public benefits; if public benefits are not being captured and are big enough, it is in the interests of society, through government, to capture them.

Public benefits have recently had some bad press in cultural policy as being ‘instrumental’ rather than ‘intrinsic’. But, realistically, there are few if any policy areas that governments intervene in based on intrinsic benefits. And the two need not compete – the trick for advocates is to articulate public benefits in a way that satisfies both agendas.

The table at the bottom of this page provides some generic pointers for identifying and describing public benefits. In short, to identify the public benefits of an activity, answer the following questions:

1. What benefits flow from the activity to:

•    Other people (ie those not participating in the activity)?
•    Communities and society as a whole?
•    Future generations?

6. Be careful what you wish for
Raising culture’s profile within government comes with hazards. Overseas experience shows that greater government interest in culture does not always work in the sector’s favour. It can bring with it greater scrutiny and accountability, and greater emphasis on government’s agenda, which is not always in harmony with the sector’s own plans.

More money is also not always good for the sector. Funding increases have an uncanny knack of failing to satisfy the sector, as extra funds disappear into a long tail of demand for arts funding (just as new motorways fail to relieve congestion). It is unlikely that the modest $50 to $100 million increase in culture subsidies advocated by Ben Eltham would satisfy even the narrowly-defined arts sector, let alone the wider group of creatives he favours. Liberal subsidy experiments in the Netherlands, described in Abbing (2003), bear witness to this. The impact of Dutch government largesse between the second world war and the 1980s was a sharp increase in the number of artists, but also a devaluing of the term ‘artist’ and a mountain of unwanted art. Government generosity was not all good for the sector.

In Australia’s creative revolution I argue that cultural policy may have led to similarly bad outcomes for Australia’s artists. The particularly severe problems of low incomes and underemployment currently seen in Australia’s professional artist labour market may, I argue, be due to overcooked cultural supply in peri-professional and ‘amateur’ cultural practice. One way to fix this is to expand demand-side support programs, which support cultural attendance, consumption and participation rather than artists and arts organisations. Encouraging demand could return some balance to an ‘oversupplied’ cultural sector. There is no guarantee that it would improve artists’ incomes, but it may go some way to stop the rot that seems to have set in to culture’s creative core.

The point is that spending more wisely is as important as spending more. Advocates need to be sure that the solutions they propose will benefit the group they are representing, not entrench and reinforce existing problems. Superior solutions are not always as obvious as may first appear, and more obvious solutions may lead to unintended or negative consequences for the very people advocates wish to help.

¹  In their seminal report for the Council of Europe, Balancing Act: 21 Strategic Dilemmas in Cultural Policy Matarasso and Landry claim that ‘the development and management of cultural policy is…one of the most complex areas of modern government.’

References and selected reading
The following references are available online or from the Australia Council library.

Brown, A. 2006, An Architecture of Value, Grantmakers in the Arts newsletter, Winter 2006, http://www.wolfbrown.com/index.php?mact=News,cntnt01,detail,0&cntnt01articleid=29&cntnt01origid=414&cntnt01detailtemplate=articles_detail&cntnt01returnid=417.

O’Hagan, J, 1998, The state and the arts : an analysis of key economic policy issues in Europe and the United States, Edward Elgar, Cheltenham.

View this table as a JPEG>