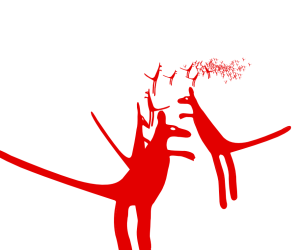 Government arts funders could harness the power of crowdfunding to get more bang for their buck.

Crowdfunding is on the rise as a way of supporting community projects. Made possible by web-based technologies, it works like this: people who think they have a good idea for a project post a proposal on a dedicated website. Information is provided on the project’s aims and objectives, how it will work, and its budget. Anyone can pledge money to the project via the website. Projects that raise enough financial support proceed.

Crowdfunding is a democratic funding system that relies on the ‘wisdom of crowds’. One dollar equals one vote. Because a voter makes a financial commitment, reckless voting and conflicts of interest are kept in check. Additional checks are usually put in place to guard against bogus operators looking to run off with voters’ funds.

Probably the most well-known crowdfunding scheme is the USA’s Kickstarter. The model has been applied to the arts at United States Artists and at We did this in the UK. And in Australia, ‘four energetic, tech-savvy, eccentric team members’ in Sydney’ have launched Pozilbe, ‘Australia’s 1st crowdfunding platform developed for creative individuals, groups and organisations’.

Crowdfunding seems anathema to bureaucracy, and this might well be part of its appeal.

Yet, despite all these differences, crowdfunding has similarities with at least one form of government arts funding – peer review. Consider how an arts council’s peer review process usually works. Artists and arts organisations furnish the council with applications for their projects, outlining project details, aims and budget. Applications are assessed by a panel of appointed ‘experts’. Panellists decide which projects they believe have the most merit. These projects receive government funding, within the panel’s budget.

Viewed as a decision-making process, crowdfunding is in essence highly democratised peer review.

Given the similarities, what lessons does the crowdfunding model have for government arts funders? Could an arts council use crowdfunding to complement or improve its arts support?

Consider a simple funding partnership between government funders and crowdfunders: The arts council pledges to ‘top up’ the last ten percent of arts project budgets on a crowdfunding site. Projects that raise 90 percent of their budget from private sources will go ahead thanks to a final ten percent funding fillip from the government.

What impacts would this simple partnership model have? Crowdfunders, if they don’t mind government involvement, should find the model attractive, as the council’s ten percent commitment is bound to increase the number of projects brokered through their site. Government funders would benefit too. Crowdfunding is more democratic, so a portion of council funding would be ‘democratised’. This doesn’t just bring greater equity to arts funding, it also brings greater flexibility. With more people involved in decisions over funding, government support can respond more readily to changes in tastes and culture. Government should also find the partnership’s 9:1 private/public funding ratio attractive as a way of swinging the council’s funding pendulum toward facilitation rather than patronage.

The main problem with such a simple partnership model is lack of control. Government funders need to avoid projects that might embarrass them or their ministers. A model that applies a blanket top up to crowdfunding projects does not provide such assurances. Government funders also need to maintain a tight rein over their budget. If arts crowdfunding took off, the council’s financial commitment could balloon out of control.

These problems are easily fixed. Consider an alternative model:

Under this model the council has greater control over its budget commitment and the projects it supports via crowdfunding. Yet it still gets the benefits of more democratic and flexible funding.

Crowdfunders, too, still enjoy the greater impact that government funding brings to their site. And they get an additional benefit. Under the model, projects are identified on the crowdfunding site as being selected by the government’s panel, and the panel’s views on the project are made explicit. This adds invaluable information to the crowdfunding process. The implicit ‘stamp of quality’ and the panel’s review notes provide additional insights that can help crowdfunding site users decide which projects to support. Improved information should improve the site’s outcomes and, by reducing uncertainty in voting, may even encourage greater engagement from private supporters.

In the arts, the cost of lodging an application can be substantial relative to the size of a grant. Processing and review are also resource-intensive. Each peer review round employs multiple staff members and can be expected to take 4 to 24 weeks out of an arts council’s calendar (IFACCA). With more arts grant applications typically unsuccessful than successful, deadweight losses in arts funding are not insignificant. (In 2009-10 the Australia Council for the Arts approved 1,873 grants and rejected 2,827 applications: more than half (60 percent) of the 4,700 grant applications were unsuccessful.)[1]

The model outlined above provides a chance to reduce deadweight losses associated with an arts council’s peer review grants system. If a project is successful at the second round – the crowdfunding round – it goes ahead and its deadweight losses are recouped.

The government-crowdfunder partnership described here is just one way to harness the power of crowdfunding in government arts support. Another interesting approach is the ‘guided crowdsourcing’ model described in detail at Createquity.com. As with all funding systems, the devil is in the detail. But even the cursory exploration here shows that government arts funders should give serious consideration to crowdfunding. A well thought-out partnership could reduce deadweight losses in arts funding, make funding more democratic and flexible, and help both government funders and crowdfunders get more impact – more ‘bang for their buck’ – from their arts support.